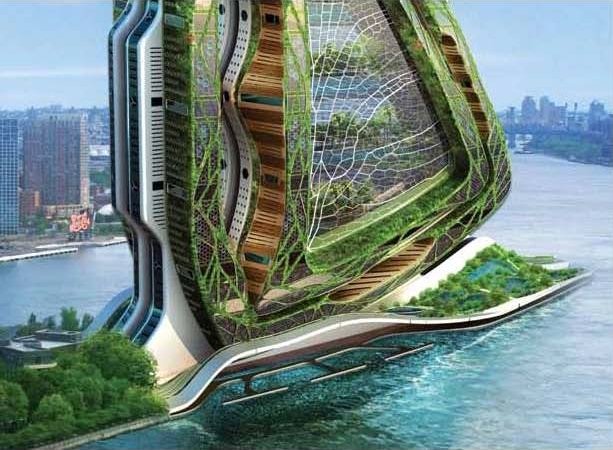 In 2008, Dickson Despommier published the book ‘The Vertical Farm’. His vision of growing up rather than outwards intrigued the world and ignited the imaginations of innovators who would build on his ingenuity to create sustainable, agricultural production systems even in the most land poor locations. Since the release of his book, his creativity has become a source of inspiration for those who believe in his dream for the future in which cities are no longer resource-hungry, environmental destroyers, but self-sufficient landscapes capable of producing enough food for each citizen. The non-profit organization the Association for Vertical Farming (AVF) has also since come together to help support this effort and help transform Despommier’s dream for the future from fantasy to reality.

While there are many varying concepts related to the realization of the vertical farm concept, a basic conceptual framework is nonetheless present: Vertical farms are isolated ecosystems that engage in a practice referred to as Controlled Environment Agriculture (CEA) that is arguably ideal for edible food production, particularly leafy greens. These systems, which can exist in a variety of locations ranging from old warehouses to newly designed multi-use urban farms, can grow food 24/7/365 regardless of the outside climate conditions. They are efficient in that production per square meter is increased and the outputs are highly nutritious due to the controlled nature of the growing environment. Production in such an environment requires also fewer chemical inputs, allows for water and nutrient cycling and recycling and eliminates the need for pesticides. Likewise, the issue of agricultural runoff is removed and arable land is not required for production. Explained more concisely, vertical farms are plant factories, which apply many of the concepts of traditional, technology-based manufacturing to food production.

Vertical farming is of interest to many different industries due to its novel nature, which provides an opportunity for innovation and new products for manufacturing. Technology companies are particularly keen on this technology because of the inherently high-tech nature of this strategy for food production. In Japan, the global epicenter of vertical farming, there are already 370 vertical farms (as of 2014) and the demand currently heavily outweighs the supply despite products costing more than double their conventional counterparts, albeit this is arguably a result of Fukushima which has engendered a great deal of fear related to food safety. Success has been so great that major technology companies, such as SONY and SHARP, have invested in vertical farms and begun adapting inactive infrastructure to suit growing consumer demand. Other successful endeavors can be seen in the Netherlands with the Plantlab, in Sweden with Plantagon, and in the United States with Farmed Here and Green Spirit Farms.

However, despite some demonstrated successes, there are still questions as to the economic feasibility of vertical farming operations – especially due to the high technology and energy demands. However, it can be contended that as this practice expands and renewable energy becomes more readily available, the costs of the technological components will decrease as is the case with most technological advancements, indicating that vertical farming will likely be a permanent component of the urban agriculture family.

What are you looking for?